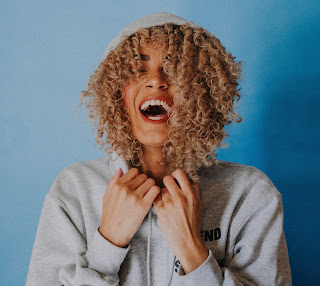 Joy is something you've got to practice. It doesn't really come naturally to anyone. But if you get the hang of it, it's kind of contagious, and you can infect yourself with joy!
Nehemiah gave the theory of joy. The Levites gave the command to be joyful. But until the people actually went away and practiced joy, they didn't know it. Until they prepared the feast and actually sat down to taste the food, they had no idea how good the feast could be. Until they tasted the drinks, they had no concept of how delightful that could be. And as they followed the instructions to celebrate, they got the hang of the songs. They realized that the Levites weren't kidding, that the day really, really was meant for celebration. They literally practiced joy.
Posted by Sista Moore at 8:14 AM No comments:

Life can be tough: Don't give up!

In a tough race? Don't quit! Sooner or later, you'll reach the point where your hard work during lean times will pay off. After Nehemiah and Ezra led their people to rebuild Jerusalem, they had a great day of celebration, just 52 days after the work had begun.

Nehemiah's rebuilding project involved everyone. Mothers, fathers, grandparents, children, teenagers – everyone. And all of them knew how tough life could be. They had a rough past, because of the exile, and their worst days were only a few weeks behind them. Their forefathers and mothers had made some choices that cost them dearly. Just ruined them. They had known a lot of discouragement, a lot of disappointment – no doubt they were really numb to the entire experience.

When you get to a point of total exhaustion, it's hard to keep going. This can be so tough – but you must resolve now to never give up.

Posted by Sista Moore at 7:58 AM No comments:

YOUR STRENGTH COMES FROM GOD

While I was a Christian, while I would even say God was a big part of my life... I hadn't invited Jesus into my boat. It was my boat. I controlled the boat... had a firm grip on both the oars and the rudder. It was my plan, my time schedule, my route, my decision... but when I went to apply to Seminary, I found out pretty quickly just how far I could get paddling that boat on my own as I heard the response, "Not yet."

Brothers and sisters, we make a very serious mistake when we begin to think that all the things we have... including our gifts... are our own... that we can take credit for them. It is far more important to realize, that we can do nothing... and I mean nothing without the power and grace of God in our lives. And this is the next step that comes to us from our scripture today. It is not enough to just invite Jesus into our boats, we must also come to realize where the real power lies. It does not lie with us but with Christ.

When there seems to be no way, the Lord will create a way.

When there seems to be no present hope, the Lord will give us hope.

When there seems to be no present joy, WITH GOD we will discover new joy.

When there seems to be no remaining strength, we will declare that we can do all things through Christ that strengthens me.

God has not stopped moving.

The fundamental principles of divine activity are changeless, but the outward shape of that activity alters with the changing needs of God's people. We are meant to reflect on the past with gratitude and stimulated faith, but not allow it to stereotype our expectations from God.

God is doing a new thing!! To be able to see what God is doing, we need to follow the instructions in His Word.

Don't live in the past! At times, we can't see the new things that God is doing because we are living in the "good old days," blinded by the past. It's okay to remember the good things, but do not camp there; it's time to move on.

Getting to Where God Wants You to Be

God is Doing a New Thing

We must keep our minds and hearts open to what God is doing and what He wants to do in our midst. Even in the wilderness he will make a way where it seems impossible and impassable. Remember He has said in HIS Word I will do a new thing. Let Him do a new thing in your in your heart, home, marriage, job, church, school, Community. Let's allow Him to refine us in the desert (fire) that we may show forth His praise, and tell others it’s ok He is doing and will do a new thing. Yes he has done great things in my life. He is doing great things now, but hold on to your hats, He still has more in store.

Posted by Sista Moore at 2:03 PM No comments: